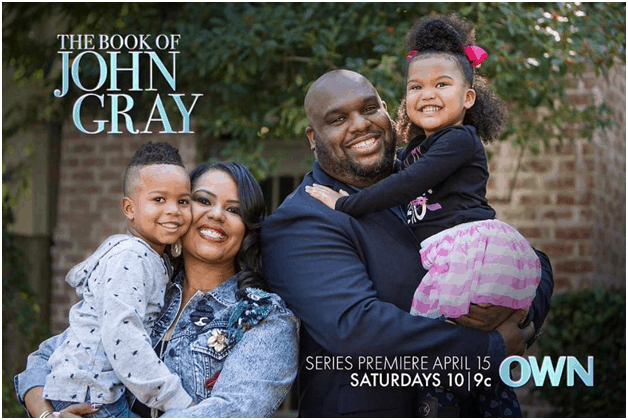 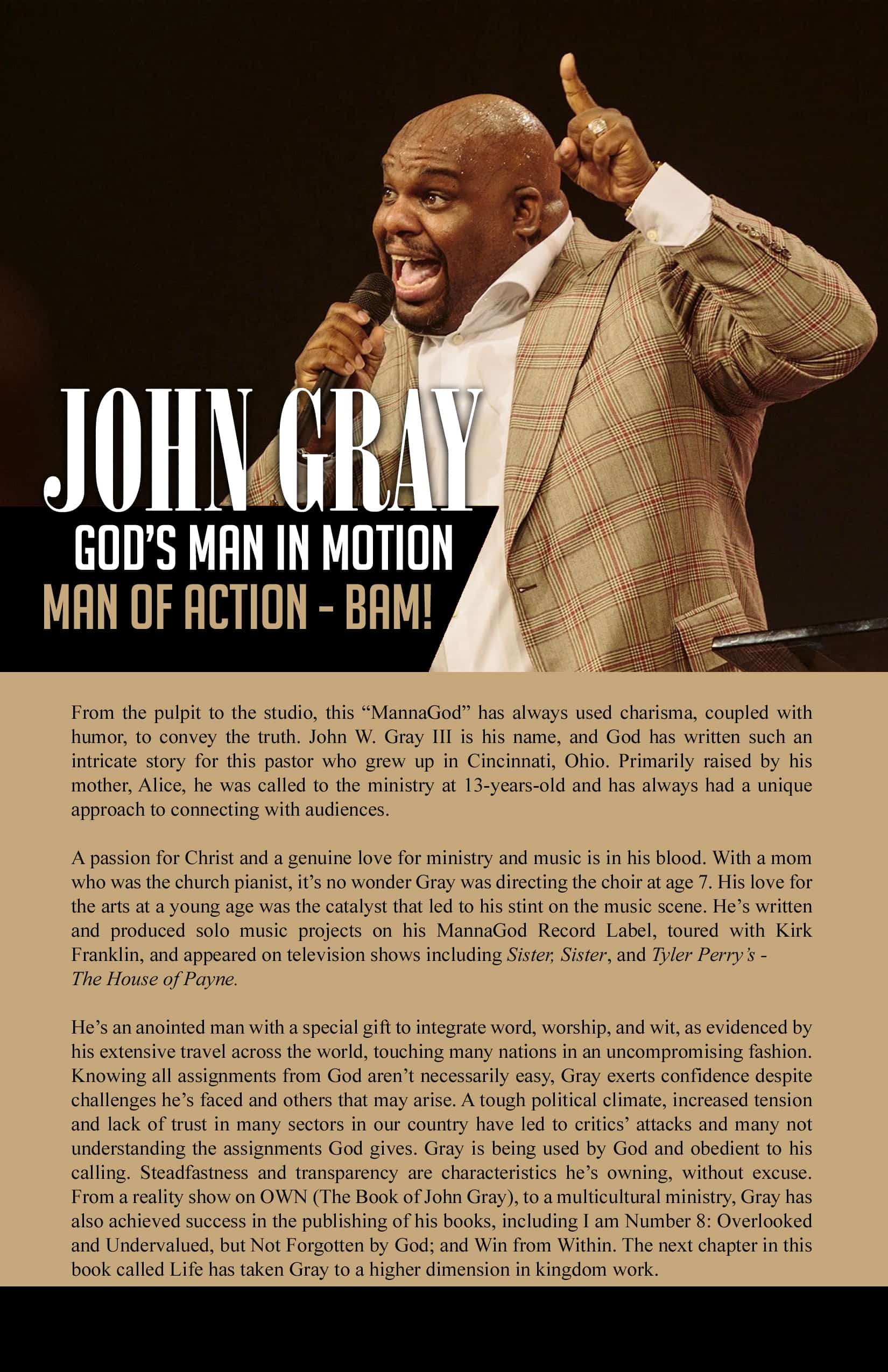 From the pulpit to the studio, this “MannaGod” has always used charisma, coupled with humor, to convey the truth. John W. Gray III is his name, and God has written such an intricate story for this pastor who grew up in Cincinnati, Ohio. Primarily raised by his mother, Alice, he was called to the ministry at 13-years-old and has always had a unique approach to connecting with audiences.

A passion for Christ and a genuine love for ministry and music is in his blood. With a mom who was the church pianist, it’s no wonder Gray was directing the choir at age 7. His love for the arts at a young age was the catalyst that led to his stint on the music scene. He’s written and produced solo music projects on his MannaGod Record Label, toured with Kirk Franklin, and appeared on television shows including Sister, Sister, and Tyler Perry’s -The House of Payne.

He’s an anointed man with a special gift to integrate word, worship, and wit, as evidenced by his extensive travel across the world, touching many nations in an uncompromising fashion. Knowing all assignments from God aren’t necessarily easy, Gray exerts confidence despite challenges he’s faced and others that may arise. A tough political climate, increased tension and lack of trust in many sectors in our country have led to critics’ attacks and many not understanding the assignments God gives. Gray is being used by God and obedient to his calling. Steadfastness and transparency are characteristics he’s owning, without excuse.

From a reality show on OWN (The Book of John Gray), to a multicultural ministry, Gray has also achieved success in the publishing of his books, including I am Number 8: Overlooked and Undervalued, but Not Forgotten by God; and Win from Within. The next chapter in this book called Life has taken Gray to a higher dimension in kingdom work. Now, as a pastor, Gray is transforming lives at Relentless Church in Greenville, SC where he asserts it is a place “Where Purpose Comes Alive.” With a multicultural ministry that Ron Carpenter helped grow to more than 20,000 people, Gray has a great task at hand—one he wholehearted knows was God-sent.

As an Associate Pastor at Lakewood Church in Houston, Texas, he served under the leadership of Pastor Joel Osteen for a few years, and as a man of integrity, Gray has honored his commitment to serving at Lakewood, while managing the huge undertaking of Relentless. The move to South Carolina was certainly ordained by God, so Gray is walking in his purpose, pursuing his calling, and preparing the kingdom of God to live holy and unashamed.

With a humble spirit, thankful heart, and desire to help the masses in multiple capacities, this servant uses wisdom and REALNESS to reach the sick, shamed, abandoned, abused, and lost. Though the call on his life may seem intense, Gray’s patience and persistence helps him balance several hats. Some of his favorites include husband to Aventer, and father to John W. Gray IV and Theory Aspyn-Sky Gray.

With many Detroit connections, Gray starred in several of Christian Tabernacle Church’s (Southfield) Holiday Productions. Some may remember his role in The Return of Mr. Scrooge. It’s only fitting for him to return to the stage and in the presence of Dr. James L. Morman who is highly influential to his success. “He’s truly a friend to our city, and though demands are high, and his engagements are plenty, Gray remains faithful to those who provided for him and spoke into his life before he accomplished what many consider Kingdom Fame,” said Dr. Morman, who is the Pastor of Christian Tabernacle Church.

Be the first to know when we host events, webinars, and publish new content